The NO SHOW MUSEUM is the world‘s first museum of nothing. It presents a wealth of works that “cannot be seen or touched and, for that very reason, sends our imagination on a breath-taking journey to the most remote regions of thinking „(Annabelle no. 06/15).

The museum has committed itself to the mission to spread nothing all over the globe. For this reason, it has been traveling from continent to continent since 2015:

I: CENTRAL and NORTHERN EUROPE with 30 Exhibitions in more than 20 countries. From July to October 2015.

This unique annual festival, founded in 2013 by Andreas Heusser, is jointly presented by Kaufleuten and Literaturhaus Zurich, the two major venues for literary events in Zurich. The program focuses on premieres and readings with internationally acclaimed authors. The main stage is set in the middle of lush nature in the magnificent Old Botanical Garden.

Project Space for performative and transdisciplinary arts in Zurich. Various artists collectives contribute with weekly events and performances to its public program which also includes transdisciplinary research and workshops. Founded and run since 2013 by Pablo Assandri and Andreas Heusser.

Rose Lukhele (born 1993 in Daveyton, SA), known by her stage name JOZIA, is a multitalented Singer/Songwriter and Indie Artist from Johannesburg.

Jozia is a consummate musical chameleon with an adventurous spirit and a distinctive artistic vision. She loves to experiment with styles, sounds and words, blending genres like acoustic folk, soul, pop and indie rock. And yet her output is so distinctly her own; perhaps it's her emotive and multifaceted vocals or the courage of her unconventional songwriting.

Spiced up with wordplays, poetic ambiguity and a subtle humour, she explores the big themes in life that really matter: Love and loss, mariages and cows, otherness and alienation, puberty and identity, marihuana and democracy, and, of course, the unsolved mistery of mother-daughter relationships. Even if we don‘t understand the words – Jozia sings in Sepedi, Zulu, Xhsosa, Xevenda and English - the pure intensity and emotionality of her songs unfold a magic that we cannot escape.

Jozia is managed by Society of Arts / Andreas Heusser.

The Artist's-Residency provides rent-free living in a small attic in Zurich, as well as the opportunity to network and discuss artistic ideas with the artists and writers of index. The Residency lasts over the course of 8 weeks and is open to all artists of various disciplines and experience. However, priority for the space will be given to artists who have had little or no support from other sponsors 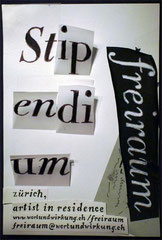 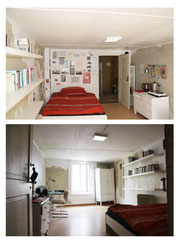